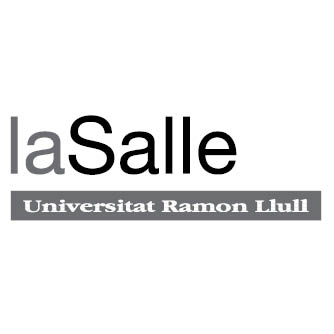 The Universitat Ramon Llull (URL), located in Barcelona, Spain, is a non-profit making federated private entity. It integrates 10 centres, each with its own legal identity, and a wide trajectory in research and higher education. Within URL, La Salle School of Engineering (the commercial name for Fundació Privada Universitat i Tecnologia, FUNITEC) is responsible for performing research and education in the technical domain.The Research Group for Media Technologies (GTM) from La Salle is accredited as a consolidated group by the autonomous government of Catalonia (SGR-2009-293). It is a multidisciplinary research environment focused on innovation in new multimedia technologies.

The work in the GTM is reflected by a large amount of publications in first rank international conferences and journals and with the participation in more than 30 competitive research projects since year 2000, both at a national level (Cenit projects such as Inredis or i3media) and at the European scale (FP: EUNISON, porTiVity, Suit, Salero, GMF4iTV; Celtic: WingTV, B21C, Hermes). National and international conferences such as ICME 2011 have been organized by the GTM.On the other hand, FUNITEC-LaSalle benefits from several facilities and equipments, which will be useful for the BUILT2SPEC project. Concerning the facilities, the GTM has at its disposal a full anechoic chamber and a reverberation chamber and possesses the equipment needed to perform all types of vibration and noise measurements in buildings (multichannel spectrum analysers, impact hammers, tapping machine, dodecahedral loudspeakers, etc.).