In this case, the demo site is an old building with three floors (two above ground) located in Pavia and is intended to be refurbished. Two different technologies have been used: a Matterport camera with an extending tripod up to 7m, and a drone equipped with a high-resolution camera (ZenMuse X5).

The goal of this work is with regards to the outdoor reconstruction of the buildings. Due to its position (i.e., in an urban context and very close to other dwellings), it became dangerous to use a drone to record all of the external details of the structure.

Therefore, in the first step a point cloud of the building was developed through the aerophotogrammetry technique performed with the drone flying above the roof of the dwellings (Figure 1).

After that, a second point cloud was produced by means of a Matterport camera and the tripod (Figure 2).

Finally, the two clouds were then merged in the CloudCompare environment in order to obtain a complete and detailed 3D model, as shown in Figure 3. 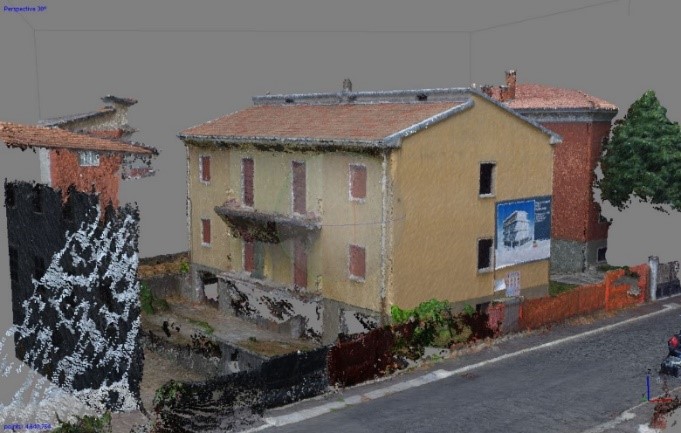 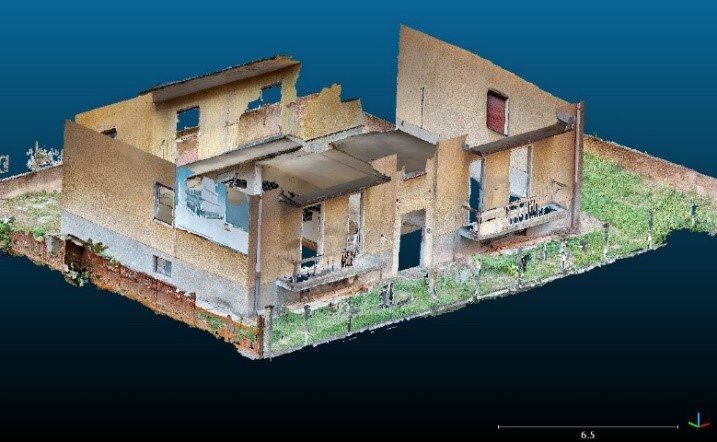 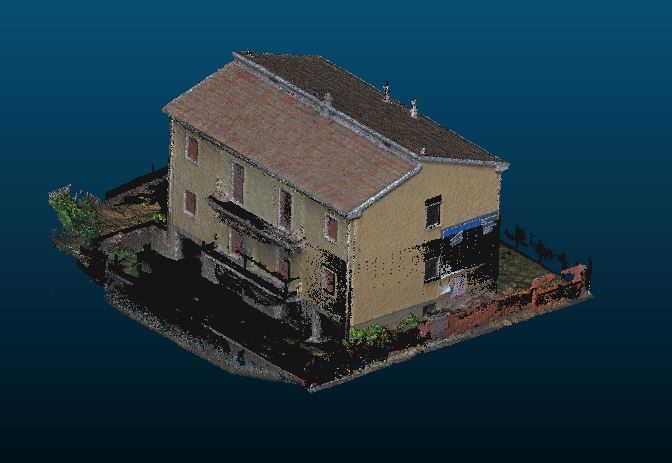