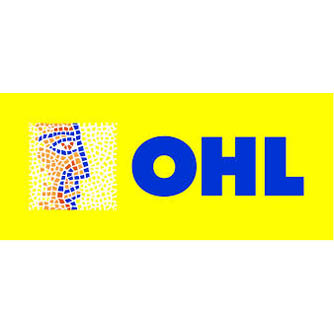 OHL is one of the largest international concession and construction groups. It boasts a hundred years’ experience and currently has significant operations in 30 countries across all five continents, raising 4,029.9 million euros of net turnover in 2012. The OHL Group is composed of five divisions: OHL Construcción, OHL Concesiones, OHL Servicios, OHL Industrial and OHL Desarrollos.

Since its establishment in 1911, OHL has been involved in all types of activities in the construction field all over the globe.

The OHL Group considers research, development and innovation to be a cornerstone of its strategy given the contribution these activities make to improving the Group’s productivity and competitiveness through the launch of new, more efficient and sustainable products, processes and services.The research, development and innovation policy followed by OHL involves the entire Group, including subsidiaries and affiliates, and covering construction and concession activities, both in Spain and abroad. OHL has been awarded the UNE 166.002 certification for its R&D and innovation management system, which allows OHL to perform projects to a higher technical standard and raises the transparency and profitability of the R&D and innovation activities. The EU Industrial R&D Investment Scoreboard (2013), which lists the top 1,000 European companies, ranks OHL:

The OHL Group is committed to technical excellence in all its projects and has entered into collaborative agreements with more than 40 universities, technology centres, and public research institutions. As a result of its R&D and innovation activities, OHL boasts various international patents: SATOGRAB and CUBÍPODO.The OHL Group is a leader in R&D and innovation in the construction sector in Spain and Europe. It is actively involved in: